I mentioned last week that, as the new year began, I was feeling short on resolutions. I chose one: to not let any negative (and fluctuating) day-to-day feelings get to me too deeply and I’m doing pretty well on that front, if I do say so myself. As the weeks tick on, however, I’m feeling like there’s just enough room to squeeze in one more resolution and that is to prioritize reading again.

I do read, of course, but over the past few years I’ve been dissatisfied with just how little. I read lots of articles, I am constantly flipping through cookbooks looking for inspiration or for research, but all of that feels so unsubstantial somehow. I know that I’m not alone when I say that tech is undoubtedly affecting my ability to concentrate and be entertained by long form anything (tv shows and movies included). Reading (fiction and non) now seems like something for which I have the best intentions–I save good ones for trips, vacations, weekends, etc.–but more often than not I find that once the time I’ve set aside comes… it passes and my book remains devastatingly un cracked.

So, in addition to trying to reduce my phone time, I’m trying to incorporate reading back into my daily routine, not save it for “when I have time” (which is seemingly never). So far I’ve managed this by setting aside bedtime as reading time and finding an hour or so first-thing on weekend mornings which I have to say, tea in hand, feels delightfully hedonistic.

Here are a few of the books I’ve been enjoying lately. For sake of attempting to be semi-relevant, I’m keeping it food-related. 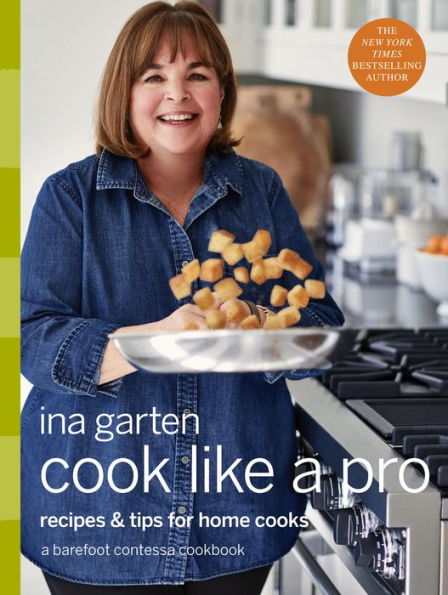 Second only to starting this blog, going to see Ina Garten live on her book tour in Chicago was the best thing that happened to me in 2018. When Queen Ina releases a book (about every two years), it feels like Christmas morning no matter what time of year. I have to admit that while this book is great, obviously, it’s not one of my personal favorites of hers. Just typing that feels heretical but I mean no insult. It’s probably due to my own personal preferences and diet that this one doesn’t sing out to me quite as some of the others have, but it doesn’t mean that I won’t be attempting her Raspberry Baked Alaska very, very soon.

How to Eat by Nigella Lawson

I’ve had a bit of a renaissance with the Domestic Goddess in 2018. When I was younger I would watch her show on the Cooking Channel when I got home from school and always found it pleasingly therapeutic. Only this year did I begin to rewatch old episodes (thanks, Youtube) which is when I startlingly realized that I have none of her cookbooks. Since her first, How to Eat, enjoyed its 20th anniversary last year, I decided it was as good as any place to start and I am loving it. In true Nigella fashion it is verbose, and feels more like a conversation about food rather than a dictation of recipes which I find to be the ultimate type of bedtime cookbook reading.

Right before Christmas I was wandering through Barnes and Noble and I saw this beauty basically begging me to take it home. I resisted (unusually) but made a quick addendum to my wishlist and, thanks to fate and also my brother leaving things to the last minute, I opened it up on Christmas morning. It’s a gorgeous new full-color, hardcover edition of the original cookbook published in 1989. The food photography is heavenly and it’s just all around a good-looking cookbook. I’ve only just begun reading this one but I’m super excited to dive in and try some recipes. I foresee some of them making a feature here on the blog, as well. 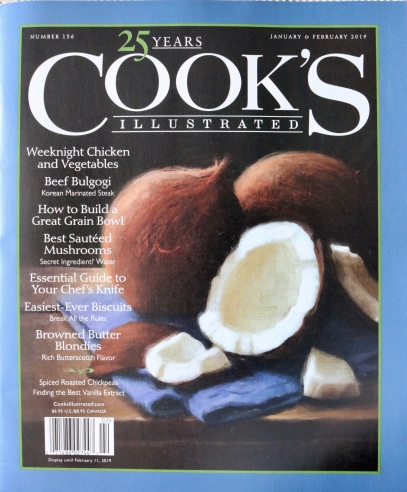 Lastly, I’d be remiss not to mention a magazine favorite, now and forever, the wonderful and essential Cook’s Illustrated. I started my subscription almost a year ago and the enjoyment has not worn off (admittedly in part because I love getting things in the mail). Cook’s Illustrated has undergone some changes in the last few years, most recently straying from its iconic almost all black-and-white photography. At first I was kind of offended, myself being a traditionalist which is a nicer way to say afraid of change, but after the first color issue I was completely convinced. Long live Cook’s Illustrated.

I hope this has been at least vaguely interesting. I know I’ve been enjoying writing a little non-recipe content and, in general, taking a little break from all the baking and cooking after feeling like a line cook over the holiday season. A little less eating, a little more reading. Feels pretty good. 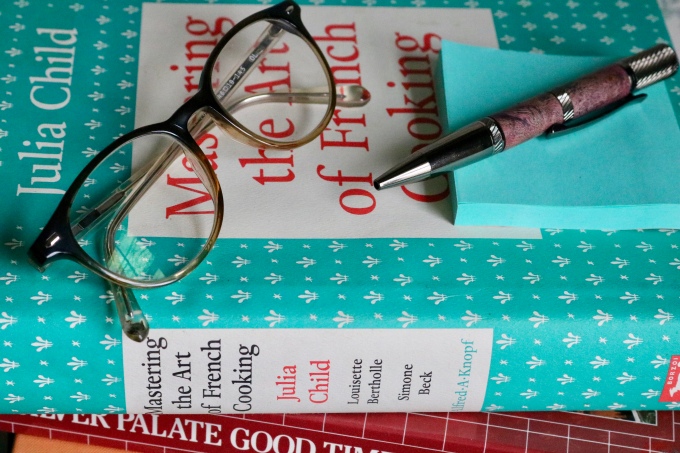